I love the Random Redhead challenges over at Gingersnap Creations - there's always something to stretch you, make you puzzle a bit, and they're just a whole lotta fun!  This month is certainly no exception, because GC115 is: a Tribute to Teens!  Aaaahhhh, the teen years.  Actually, my kids are currently in the Tween years, so I guess this is just a warm-up.  My 12-year-old daughter loves art, she loves to craft right along beside me, and she was just a teensie bit miffed when I said I was going to do my teen tribute piece for her 10-year-old brother.  Truth is, I really don't have much in the way of girlie teen stuff.  But I hoped I could come up with something boyishly fun.  So I started by asking my son what colors he liked.  "Orange.  And green.  And maybe blue.  And black."  Hmmmmm....  "How about for hockey teams, what colors then?"  "Purple and silver.  And green and gold," he says.  Double hmmmm.......  Okay, I can't use all of those, so I picked the ones I thought would be most "cool" and went with it!

My son is a goalie, and part-time defenseman.  (Did you know that NONE of the equipment for these two positions overlaps????  Sorry, had a hockey mom angst moment just then.)  So, a hockey canvas for him. This is a 6x6 canvas that I first covered with black gesso.  Then I layered on some clippings from a USA Hockey magazine using gel medium.  After that was dry, I thinned down some more black gesso and applied it all over to tone down the graphics a bit.  Next, I thinned down some orange acrylic paint and squished it along the side with a wide brush, allowing it to drip down the canvas.  (The lingo for ice hockey goalies is that they "melt down" the puck.... wanted to capture that melting feeling.)  More drying time.  I added some gaffer tape from 7 Gypsies, then used the same technique with some deep blue acrylic, this time letting it "melt" down from the top left-hand side.  More drying...... Next up, I used an old plastic cap dipped in Golden Interference Gold to make some iridescent gold circles - sorta icy, sorta pucky, and it checks off another of my son's preferred colors.

For the feature goalie image, I heat-embossed the goalie silhouette onto black paper, then added orange embossing powder.  (Goalie stamp is by My Heart Stamps For You.)  Before I heat set it, I stamped over it with Tim Holtz's reflections numbers stamp.  Yes, I know, the numbers are backwards this way.  Truth is, I tried it the proper way into the embossing ink and it didn't work with the thick Zing! embossing powder I was using, so I just went for the very subtle patterned effect. It sorta looks like numbers, but not really.  Then I heated the embossing powder.  I like it - a goalie's life is filled with numbers - save percentage, goals against average, shoot-out percentage, etc.... I liked the subtle reference to go along with the numbers on the tape.  I "melted" a tiny bit of blue paint down the goalie, and gel medium-ed it onto the canvas.  As a finishing touch, I painted the word "larceny" in a graffiti font.  (More background - the lingo for a really, really good save is "larceny" - as in, you have stolen the puck away from the shooter, stealing his score.)

I took the canvas downstairs to where my son was playing a video game.  He looked up at me, looked at the canvas, *smiled*, and said, "Cool."

Very teenagery! I love it too and I am far from being a teenager. I love the lettering and the depth to the piece. I agree, it's cool!

That's cool, wonderful background and great take on this theme.

This is terrific, Jean. Love your description of how you put it together and the thought behind it. It is nice how this challenge has made us think of people we love, especially for me with not having kids. A real 'Tribute to Teens',

Terrific canvas Jean and as your son said this is COOL. xx

What a fabulous piece.. I think if your son says its cool. That probably means he really like it a lot.. I love reading all the steps you took to make this, sounds like it was fun!!

WAY kewl! I wish I had been stamping when my son was a teen. This is Awesome Jean. Way to rock the challenge!
hugs Lynn

Very cool piece Jean! I love how you shared the hockey lingo with how you created the piece, and I had to laugh at the last part...he must have liked it if he looked up and said cool. lol.

What a cool project. Really love your design and LOVE the effect of the Interfence Gold paint..

Fabulous!!!! This is a great design!

This piece is amazing - you totally rocked this challenge!

Awesome! Your card is bounding with energy!

Very cool masculine piece... I love the backwards numbers and the rich colors. 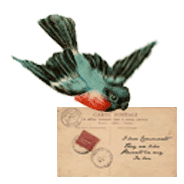 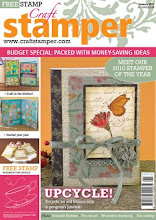 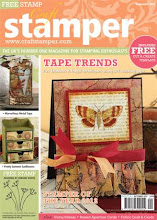 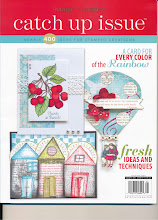 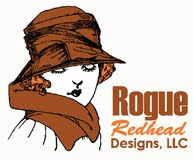 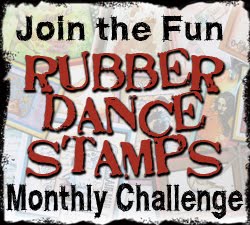 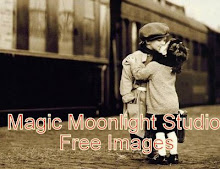